His Next Meal - Sumatran Tiger 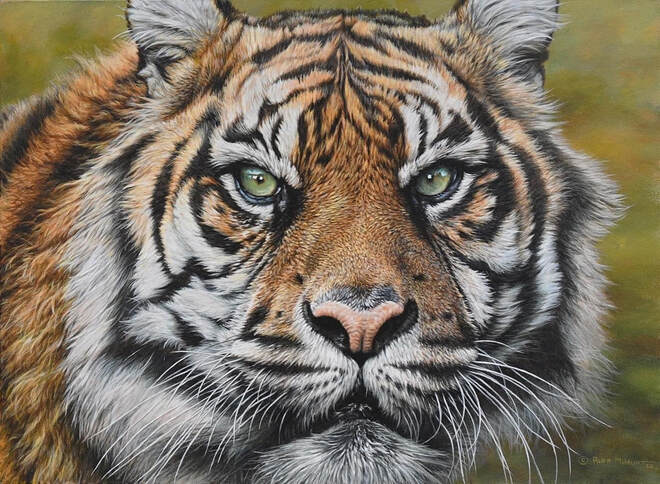 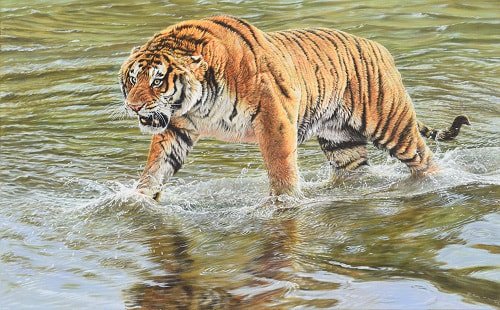 LEAVE THIS ONE TO ME SIS - TIGERS 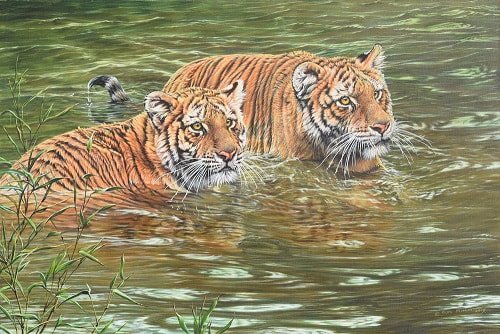 Title "Leave this one to me Sis" deep edge canvas / acrylic 35"x 24'- SOLD TO PRIVATE COLLECTOR
Tigers are one of my favourites of all the big cats. It is difficult to understand the true size and power of these animals. However their beauty is clear to see. 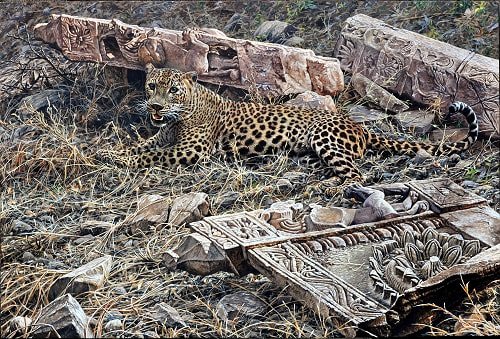 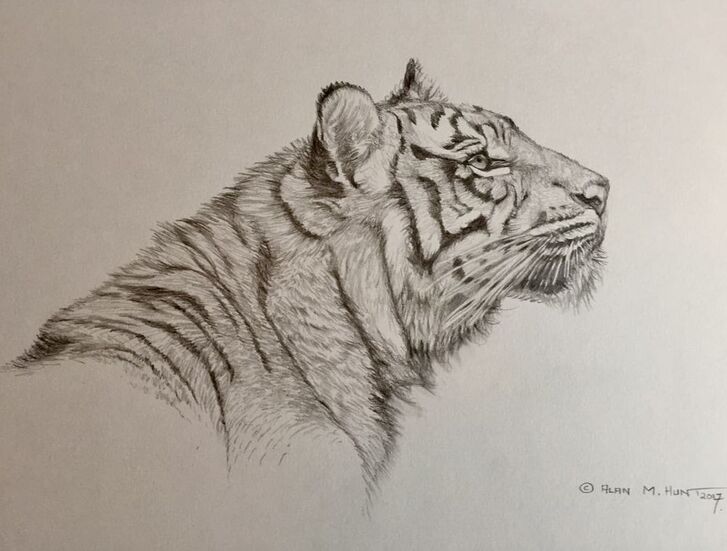 But unfortunately these big cat paintings are sold. Follow Alan the big cat artist to be notified of new paintings and original artwork and prints. See available Limited Edition Prints.

You can buy Big Cat wall art and wildlife art prints and merchandise featuring Alan M Hunt's Big Cat paintings on Fine Art America.
These art products make the perfect big cat art gifts for nature and animal lovers on Birthday's, Christmas and Anniversaries and these wall art products make unique gifts as they are not available on the highstreet. Buy something unique and customise it the way you like, get something special with these unique Big Cat art gifts.
Big Cat WALL Art on PIXELS 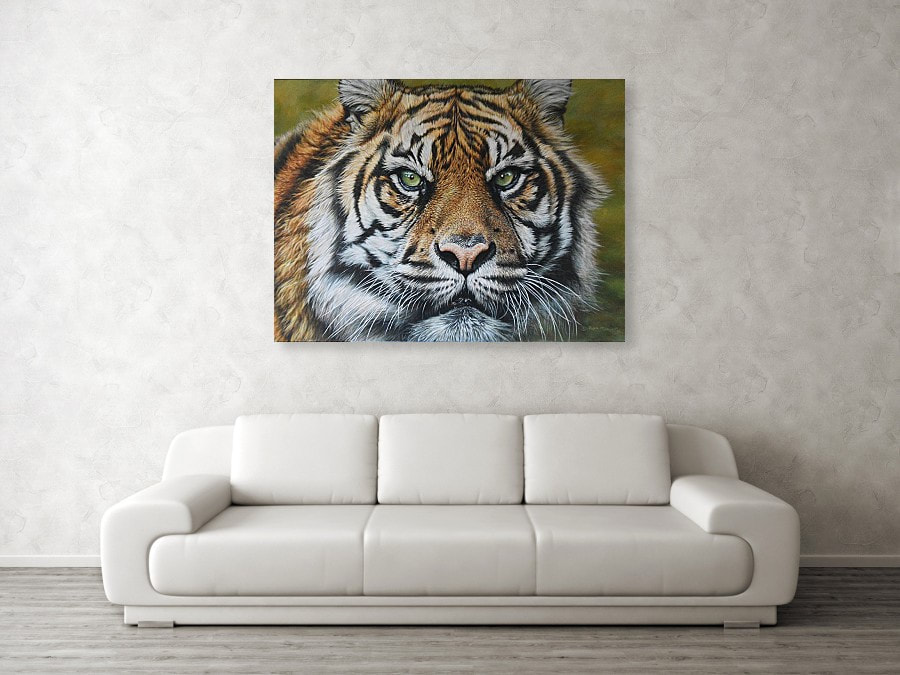 Big cat prints and gifts not available on the high street